There are countless reputable schools available for parents to choose from, and it can often be difficult to scope out the most suitable one for your child. Parents often come to us for advice on which school to choose for their child, in particular, which through-train bilingual schools are best. We list the top 10 bilingual primary schools alphabetically:

Founed in 1893, CIS is one of the most desirable and well-established all-through schools in Hong Kong. With only has 88 spots at entry level (4 years old), CIS is highly competitive to get into though this is not without reason. Each primary class has one native English teacher and one native Chinese teacher but students in secondary school are instructed in English, and in Mandarin for electives. When students reach secondary school they are also given the opportunity to study other European languages such as, French and Spanish. The standout feature of this school is that in Year 10, students have the option to attend their sister school in Hangzhou, China to be further exposed to Mandarin. Currently, this is not compulsory but in 2023 it will be.

Established in 2017, Dalton School offers a dual-language (English/Mandarin) primary school programme, integrating Chinese culture and traditions along with the progressive Dalton Plan. The school has a diverse student population with only 41% of students from Hong Kong and over 20 different nationalities represented. All subjects in Dalton includes a 50/50 dual-language system and incorporates both Eastern and Western principles equally within their teaching framework. Their programme focuses on collaboration, exploration and self-learning. Applying a progressive approach used to enhance well-being, arts and technology, students are encouraged to pursue their passions. Their small class sizes ensure an appropriate student-teacher ratio. Currently Dalton is partnered with Tsinghua University Primary School to provide a greater focus on Chinese culture and values. It follows an alternative day immersion approach, i.e. Monday in English, Tuesday in Mandarin, Wednesday in English and so on.

Han Academy was founded in 2017 in Hong Kong and offers a Mandarin-Chinese focused programme. In primary school, the main teaching language is Mandarin (80%) with English (20%) and an emphasis on excellent science and mathematic programmes. The language balances out in upper primary, with English being the main spoken language in secondary school. The main student population are from Mandarin speaking families.

ISF Academy was established in 2003, using an immersion approach teaching in English 30% of the time and teaching in Mandarin 70% of the time in the early years. It uses all native speaking teachers. The balance of English and Mandarin adjusts slowly until it reaches 50/50 at grade 5, and then it is reversed at Upper Secondary to focus on English and IB tests.

It is a Private Independent School, which request at least 70% of students to be HK Permanent Residents. ISF has opened its kindergarten in 2016 and its children will be prioritised in the primary admission’s process.

IMS is the first and only accredited Montessori Primary School in Hong Kong with multiple campuses on Hong Kong island each catering to children of different ages. They offer a Chinese language program in two streams intertwined with a Montessori approach in the Primary Years. In Stream 1, children are native or near native Mandarin speakers. In Stream 2, children are non-native speakers and there is a focus toward oral fluency here. Stream 2 classes also accommodate those who have not been exposed to Chinese before. Traditional Chinese is taught and every classroom up to Upper Elementary has two teachers; one English-speaking and one Mandarin-speaking. The school has also developed its own specific materials such as levelled readers – a program to help IMS conduct its Chinese language curriculum in line with the Montessori sequence.

This school is the first to use Mandarin as the main medium of instruction. Kiangsu Chekiang Primary school is not the same as Kiangsu Chekiang International School (KCIS), however, which is really different! Kiangsu Chekiang Primary school has a very “local” flavour (it follows the local curriculum) and its campus is also quite old without many facilities. Classes are large in size like most local schools. English – up to an hour a day – is taught by nonnative teachers. The benefits though, are that school fees are very low and the Chinese program is very strong, with traditional Chinese being taught instead of simplified. The brand has three sections – Kindergarten, Primary and Secondary, and all are based in North Point. Although the secondary school offers the UK National Curriculum and students in Year 11 progress from IGCSEs to the IB Diploma, overall it is more like a local school because of its 70% school population make up of Chinese students.

Po Leung Kuk Choi Kai Yau School is a through-train private non-profit school for students aged 7–18. They have about 1,300 students. Interestingly, it does not class itself as an international school nor a traditional local school; it simply strives to offer the best of both Chinese and Western educational practices. The teacher-student ratio is 1:10 and there are about 60% native English speakers alongside 40% native Mandarin speakers. The school provides several scholarships as well and fee assistance schemes for those who need it. During the Primary years, students are provided with a co-teaching experience that is fully bilingual though it can at times, be supplemented with Cantonese too. They complete their IGCSEs at Year 11, following the UK curriculum and continue onto the IB programme in the last two years.

Established in 1991 and following the MOE Singapore curriculum, SIS was designed for Singaporeans in Hong Kong and so its values closely adhere to Singaporean pedagogical philosophy. The school is run by the Singapore Ministry of Education so much of their teachers are from Singapore but there is a highly rigorous selection process to ensure highest quality of teaching available. Citizens of Singapore or Permanent residents are able to apply with a fee subsidy. Students learn simplified Chinese following the Singapore Chinese syllabus with around 20-25% of the teaching time, and rest are kept up with Chinese homework. The majority of classes are conducted in English. Nonetheless, it has a high standard of science and mathematics, and students’ Putonghua is as strong as those in Chinese programmes in HK.

Part of the Victoria Educational Organisation, which operates kindergartens as well. Children attending the kindergartens currently have priority admissions to VSA. As a Private Independent School, at least 70% of students must be HK Permanent Residents.

The primary section offers a bilingual education, with two teachers – one English, one Mandarin in the class most of the time. The secondary curriculum is delivered in English and supplemented by a strong Mandarin programme. Socially, Cantonese is the dominant language among students and parents and some ECAs offered in Cantonese. Class size rather large at 28-29.

Founded in 1932, this international school provides a bilingual education for children 6 months old to 18 years old. Their local student population is around 55% and they have a curriculum based on the National Curriculum of England, but they do have the bonus of an extensive Chinese Language and Culture Programme as well as a Character Education Programme. In YCIS, students are given the opportunity to choose between Chinese as a First Language (CFL) or Chinese as an Additional language (CAL). Within these there are varying levels to suit their language needs and ability. English is also offered as an Additional language (EAL).

Its early years programme are taught by two native speaking teachers in English and Mandarin; in Primary stages, most subjects taught in English with around 20-25% of the time spent on Mandarin Chinese, in which children are streamed by ability.

We aim to help children to get into these strong bilingual schools where they will acquire English and Mandarin Chinese in all academic areas, and grow up to be bi-lingual, bi-literate and bi-cultural! Do reach out to us if you need more assistance in selecting bilingual schools in Hong Kong. 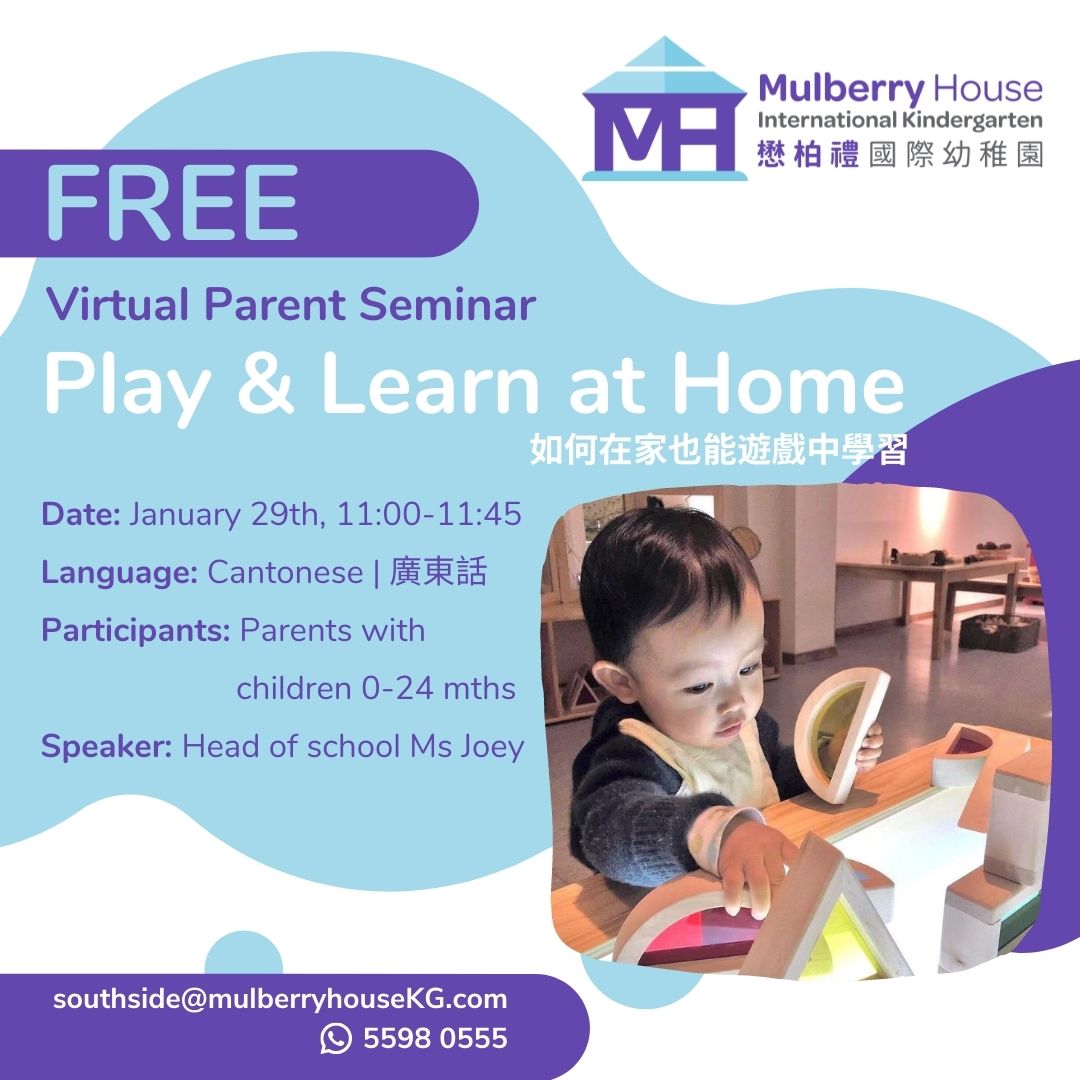